For an affordable iPhone, the new iPhone SE 2 delivers the kind of power that will keep you content, without the need to upgrade in the immediate future. That's going to be incredibly appealing to all those iPhone 6, 6S, 7, 7S, and iPhone 8 users who want to upgrade, but don't want a physically larger or pricier phone. 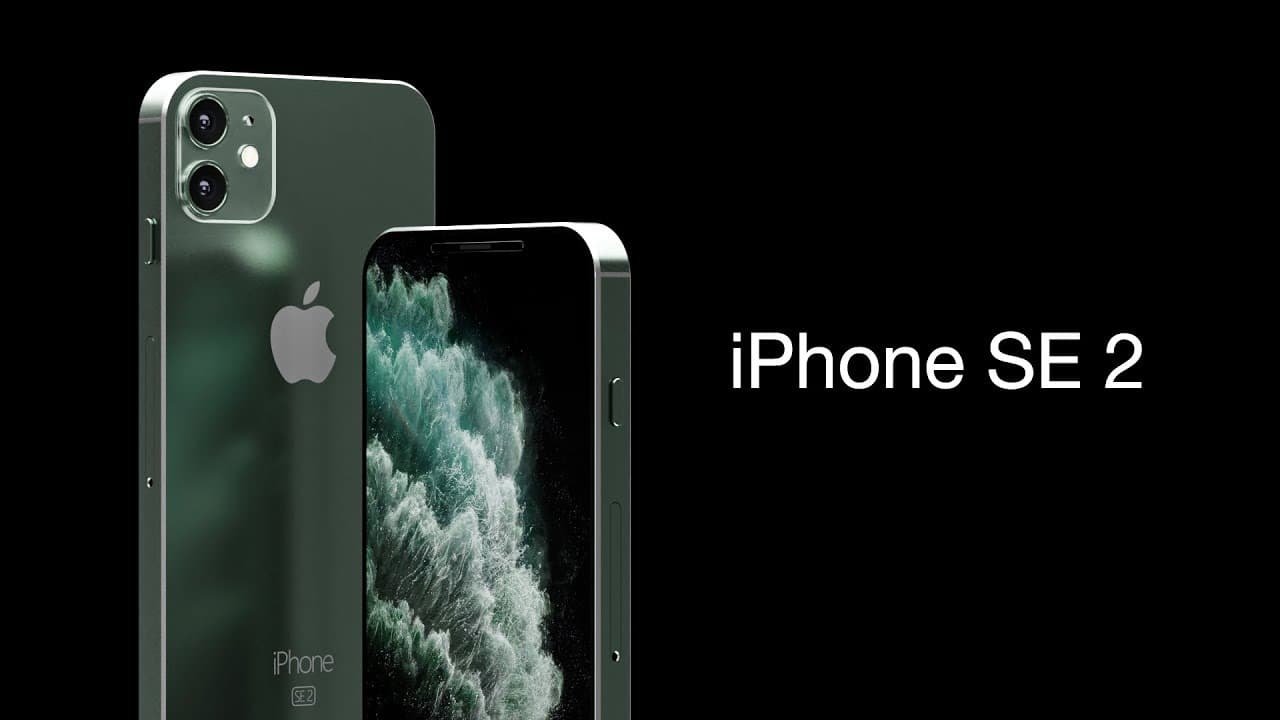 For a phone that is so affordable this really does deliver - and should give you a phone that will last you for the next 3-4 years without the need to upgrade.

Stuart Miles of pocket-lint.com made this review:  At first glance the second-generation iPhone SE looks like the iPhone 8 from back in 2017. It comes in the same form factor, features the same display, has a Touch ID Home button, even the same camera sensor.

Under closer inspection the new SE is not quite the iPhone 8 reborn. Oh no, it might have the same looks, but it comes with many of the more recent iPhone 11 specs. And, importantly, a price tag that's almost from the past - for this is not a hyper-expensive Apple phone.

So can a phone that is a mish-mash of technology dating as far back as 2015 still be a hit in today's world? We think the new small iPhone will hold heaps of appeal for many. Here's why.
This 2020 iPhone SE replaces the iPhone 8 completely, which is why you'll hear some call it the 'iPhone 9'. While phones have continued to grow in size over the years, there's always been room for 'the small one' in Apple's stable, which is where the SE slots in.

This is no 'iPhone SE Plus' by any means. It features a 4.7-inch display (with True Tone and Haptic Touch), meaning it's nowhere nearly as massive as, say, the iPhone 11 Pro Max's 6.5-inch screen.

To date, Apple has sold around 500 million smartphones with 4.7-inch displays, so it's fair to say that the form factor works - and not for a niche market. It's a perfect size for those who don't want anything too big - a criticism we had of the iPhone XR, for example; even the iPhone 8 Plus felt too wide in our hands when that first launched.
The SE features a Touch ID-enabled Home button located at the bottom of the screen, but no Face ID - which would require the company's TrueDepth technology. That means the front-facing 7-megapixel FaceTime camera is fine for calls and selfies, but doesn't support facial login, Animoji or animated Memoji.

While Apple has moved towards USB-C for charging in its more recent devices, the 2020 iPhone SE sticks with the Lightning port connector, just like the iPhone 8. That's how similar these devices are - even iPhone 8 cases will still fit the 2020 SE, although Apple and others will of course be happy to sell you an iPhone SE one if you want.
What's the iPhone SE's performance like?

So the new iPhone SE certainly looks like a device from 2017, but its internal tech is very much 2020. There's the same A13 Bionic processor as found in the iPhone 11 and iPhone 11 Pro models. That's unexpected for a 'budget' model, but most welcome, as it means this phone zips along when performing a range of tasks, from gaming, to photo editing, to casual WhatsApp and emails.

We've been using the iPhone 11 Pro for over six months at the time of writing - and the experience with the new SE is very much the same. We've had no problems running the latest and greatest games, including those available on Apple Arcade. We've been playing everything from Agent Intercept to Sayonara Wild Dreams. Load times are fast, there's no in-game lag, and compared to the iPhone 8, it's incredibly quick.

Connectivity comes in the guise of Wi-Fi 6, 4G (via dual SIM with eSIM support), all pointing towards speedy connectivity.
All in all the SE delivers a flagship phone experience, but isn't flagship priced. While various Android phone makers have offered this kind of solution for years, that's not something Apple has offered in the past.

However, the SE doesn't have everything of its iPhone 11 peers. There's no Face ID, no multiple cameras, no new U1 chip, no Lidar sensor as found on the iPad Pro. Which, at this price, is exactly what we'd expect. It sensibly ranges the SE, so if any one of those features is a must-have then you've got the option to pay more for the device most suited to your needs.

The iPhone SE (2020) is all about big power at a smaller price. It's quite remarkable what this little iPhone delivers.
Sure, it's built around three-year-old hardware, so there's not everything that the iPhone 11 models offer - but that's inevitable. If you want Night Mode, Face ID, a bigger battery, or more cameras, then the options are elsewhere in the range - but you'll have to pay more.

For an affordable iPhone, the new SE delivers the kind of power that will keep you content, without the need to upgrade in the immediate future. That's going to be incredibly appealing to all those iPhone 6, 6S, 7, 7S, and iPhone 8 users who want to upgrade, but don't want a physically larger or pricier phone.

Overall the new iPhone SE is, in every respect, on the money.

Read the complete article of Mr. Stuart Miles of pocket-lint.com by CLICKING HERE

Ambient Computing is a synergy of different technologies complementing each other...